You May Think You Know, But You Might Be Wrong: How Baltimore Became Charm City 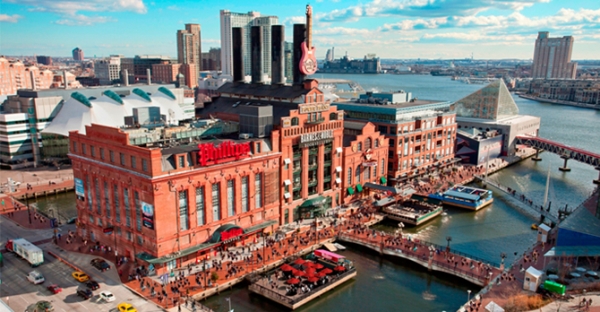 Many people think it was the great American satirist H.L. Mencken who gifted Baltimore with its moniker still used today: Charm City. But those people are wrong. The mistake is understandable, when you learn that one of The New York Times’ own travel writers said it was so in a 1994 column about the city; "H.L. Mencken," Meldina Henneberger wrote, "dubbed his hometown ‘Charm City’.'”

To tell you the real story of how Baltimore because known as Charm City.

This most charming nickname for our fair city dates back to just 1975 (That’s 19 years after Mencken died, if you’re counting.), and emerged not from the fingertips and mind of one journalist or another, but out of creative conferences among four of the city's leading advertising executives and creative directors who had been tasked — by then Mayor William Donald Schaefer — to “Come up with something to promote this city!”

It’s hard to believe now, what with the gorgeousness and glory of Baltimore’s Inner Harbor, the things to learn and the fun to had at attractions such as the National Aquarium and Oriole Park, but Schaefer was worried about the city’s “poor image.”

And perhaps for good reason. Another of our own native sons wrote, for Sports Illustrated and published at the time, "Baltimore is an anonymous city even to those who live there, a city that draws a laugh even from Philadelphia, a sneer from Washington, with a hundred tag lines that draw neither smile nor sneer from the city. Nickel Town, Washington's Brooklyn, Loser's Town."

Charm City, and with it Baltimore’s own lore and legend, was born.

Experience luxury for yourself.